Valentine’s Made Easy Thanks to Siúcra

Valentine’s Made Easy Thanks to Siúcra 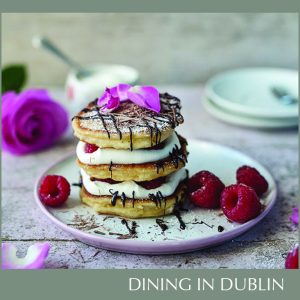 Surprise and delight that someone special by whipping up some scumptious Valentine’s goodies, thanks to Siúcra.

Raspberry Pancake Stack with Rose Cream is a breakfast made with love, sure to make your Valentine’s tastebuds tingle.

Treat someone special to a dessert of Red Velvet Swirl Brownies for the perfect indulgence!

Why not get the kids involved in the romantic season and have them whip up some Love Heart Iced Cookies – they’ll love eating them just as much as they’ll love making them!

Makes 15 medium American style pancakes depending on the size

For the Cream Cheese Swirl

2.       Melt the white chocolate in a heatproof bowl. Leave to cool a little.

3.       Melt the butter and put into a large bowl. Leave to cool and then add the Siúcra Light Golden-Brown Sugar, vanilla, and cocoa powder and beat with a hand-held electric mixer. Add the eggs and food colouring and beat until well combined. Fold in the melted white chocolate, add the flour and using a large metal spoon, gently fold it all together with as few stirs as possible so you do not knock the air out of it. Gently spread into the prepared baking tin, leaving about two tablespoons behind in the bowl – you will use this later for the swirl pattern. Set aside.

5.       Bake in the oven for 25-30 minutes or until the centre of the brownie springs back slightly when touched but it is still nice and gooey in the middle.

6.       Leave to cool in the tin, then cut into squares and serve warm or cold with vanilla ice cream.

1.       Cream the butter and Caster sugar together. Beat in the egg and vanilla until well combined.

2.       Sieve the flour and add to the mixture. Flatten slightly and wrap in cling film. Place in the fridge for 30 minutes. Sprinkle a little flour on to a work surface, roll out the cookie dough to an even thickness (approx 1/2 inch). Cut out shapes with a cookie cutter. Carefully put them on a lined baking tray and return to the fridge for another 30 minutes.

5.       To decorate, sieve the Siucra Royal Icing Sugar into a bowl and follow the directions on the packet to make it. Divide between two bowls. Colour one bowl with pink food colouring and the other with purple. Fill a small piping bag with one of the coloured icings. Pipe around the edge of the cookie. Carefully fill the middle of the cookie with the other coloured icing.