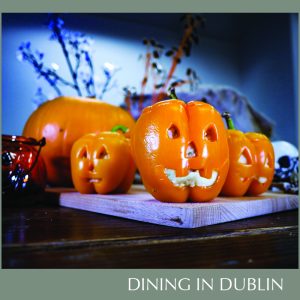 Whatever Halloween may bring this year, one thing we can be sure of is the ghoulishly good feast that comes with the night itself.

We served with a stuffed Orange Pepper cut into the style of a Halloween Pumpkin, but you can serve with any Spooky meal!

For the Croquette Mice:

For the Rosti Spiders:

We use cookies to ensure that we give you the best experience on our website. If you continue to use this site we will assume that you are happy with it.Ok
Go to Top