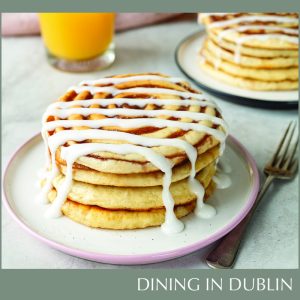 If you love cinnamon rolls for breakfast, you’ll love this jazzed up pancake recipe with cinnamon and sugar swirl.

These Cinnamon Roll Pancakes are the perfect indulgence this Pancake Tuesday.

Served with cinnamon toffee syrup, you’ll be serving up seconds to everyone… and thirds and fourths!

For the cinnamon toffee syrup

2 to 3 tbsp water, if batter is too thick