New Year’s Eve Dining at Stack A Restaurant at Urban Brewing – A night of food, beer and celebration to welcome 2020 in style

New Year’s Eve Dining at Stack A Restaurant at Urban Brewing – A night of food, beer and celebration to welcome 2020 in style 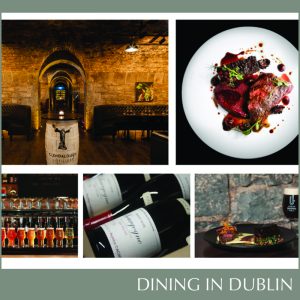 Stack A Restaurant is welcoming back its New Year’s Eve Tasting Menu this year, which is specially designed to be paired with selected wines and beers, including Urban Brewing’s own speciality seasonal brews.

The six course feast with matching beers or wines is available for one night only at one of Dublin’s most unique venues, just a short stroll from the Custom House New Year’s Festival. Stack A Restaurant offers the perfect setting to ring in the new year, catering for group celebrations or a more intimate dinner setting.

Head Chef Dan Keane said, “Our beer and wine tasting menu was extremely popular last year and we’re excited to bring it back again this New Year’s Eve. It will be different to last year as we have developed some exciting new beers and created innovative dishes to pair with and really enhance these brews. As always we are using locally sourced and seasonal ingredients in all of our dishes so you can expect something special for this menu.”

After dinner diners can savour the excitement of the Custom House New Years Festival  from Urban Brewing’s heated and sheltered outdoor terrace, taking in the stunning views of Dublin city and the light show of the festival.