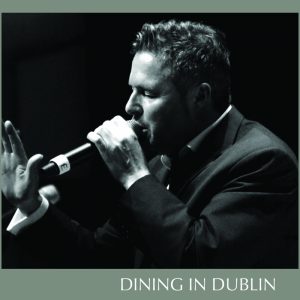 Having performed to sell-out crowds at Ireland’s top music venues – Connor McKeon ‘Legends of Swing’, the best swing show in town, returns with dates in the National Concert Hall Dublin on the 7 April and the National Opera House Wexford on the 1 May. Tickets from €18 are on sale now from nch.ie and nationaloperahouse.ie.

A glitzy and glamorous night of high energy swingin’ stompin’ big band classic, Connor McKeon will perform with a brilliant 14 piece band, promising a fun-packed and highly entertaining night out for everyone. Back by popular demand – they will bring the best big band hits from Sinatra, Dean Martin, Bobby Darin, Louis Armstrong and other musical legends from The Great American SongBook to audiences.

It’s a long way from Dublin to New York but that’s the journey Ireland’s coolest band of crooners have made, picking up admirers at every stop. With a fan base as diverse as Lorraine Bracco star of “The Sopranos” and “GoodFellas”, Hollywood darlings Catherine Zeta Jones and Michael Douglas and Tiger Woods all the way through to our very own Ryan Tubridy, the band are widely acclaimed as “The New Kings of Cool”.

Before the world entered a global crisis, Connor McKeon and the band were juggling a packed calendar of live stage performances across the globe, including appearances closer to to home on RTE Television’s Late Late Show, RTE Radio 1’s Ryan Tubridy Radio Show, Virgin Media Television’s Ireland AM and further afield on New York’s award-winning radio station The Smart Set to name but a few.

Most recently, Connor McKeon has begun writing his second album with a planned release in Autumn 2022. Collaborating with some of the biggest names in the music industry, this promises to be a very special record. For now it’s time to do what these guys do so well and that means getting back on stage – with more nationwide tour dates to be announced soon.

Tickets for Connor McKeon ‘Legends of Swing’ in the National Concert Hall Dublin on the 7 April and the National Opera House Wexford on the 1 May are on sale now from nch.ie and nationaloperahouse.ie from €18. With more nationwide dates to be confirmed.