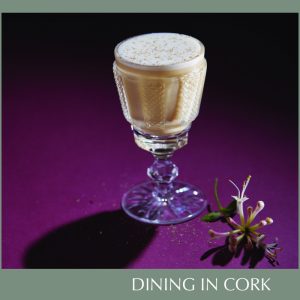 Cask in Cork has been announced as a 2022 Spirited Awards Regional Top 10 Honoree for Best International Cocktail Bar for the Europe region.

Since opening in 2017 on MacCurtain Street in the heart of Cork city, Cask has gone on to win multiple awards with its bartenders representing Ireland internationally with seasonal-led and terroir-focussed Cocktails.

Top 10 Honoree nomination is particularly exciting for Cask’s managing partner Andy Ferreira, who says, “I’m absolutely thrilled Cask has been nominated as a regional honoree at the annual Spirited Awards. Not just for Cask, but for the Irish bar industry as a whole. A Tales of the Cocktail nomination is renowned for being a pinnacle in our industry globally and seeing an Irish bar listed alongside some of the finest bars in the world is quite surreal. It’s all down to our amazing team past and present and the incredible Irish products we work with daily .”

Since its founding in 2007, the Spirited Awards, run by the Tales of the Cocktail Foundation, has become one of the industry’s most sought-after awards, celebrating global excellence in the drinks industry and recognising professionals, organisations, and establishments shaping the cocktail community worldwide. The judging panel includes respected bartenders, bar owners, educators, and writers from across the globe who draw on their years of experience to evaluate nominees from far and wide to ensure that the Spirited Awards are inclusive and represent the breadth and diversity of the global drinks industry.

There will be even more good news to come from the Cask team as another exciting venue is planned for opening in late summer 2022.  Andy says, “We’ve started work on a new venue which is opening later this year. We don’t want to give too much away but let’s just say it’s a very different concept to what we do in Cask where locality and embracing the best Ireland has to offer is at the heart of what we do. For our new cocktail bar and restaurant, we’re going slightly further afield for our inspiration. We’re looking forward to sharing more news about our latest project soon.”

The ultimate winners of the 2022 Spirited Awards will be announced at a ceremony at The Ritz-Carlton, New Orleans on 28th July this year.