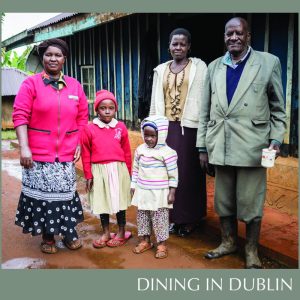 They said this landmark investment from one of the country’s most popular supermarkets will increase consumer spend on Fairtrade products in Ireland, which grew from €273 million in 2016 to €342 million last year, an increase of 25 per cent.

Fairtrade Ireland’s Peter Gaynor, said: “This is a real breakthrough for Fairtrade in Ireland.

“We have seen Fairtrade coffee and bananas grow significantly over the years, but tea sales have stagnated at very low levels.

“This ALDI initiative shows that big business in Ireland can support small-scale farmers in Africa better, and is a great example for other tea businesses in Ireland to follow.”

The extra premium generated by ALDI’s McGrath’s Fairtrade Reserve tea will amount to approximately US$60,000 a year  for the benefit of small-scale tea farmers in Kenya. In 2016 nearly US$6 million was earned for Fairtrade tea farmers and workers though sales of Fairtrade teas around the world.

Commenting, John Curtin, Aldi’s Group Buying Director said, “We are delighted to introduce McGrath’s Fairtrade Reserve to our stores across Ireland. Fairtrade is hugely important to Aldi as it enables us to deliver great value in a sustainable way that benefits suppliers and their communities. We know that our customers will welcome the addition of McGrath’s Fairtrade Reserve Tea to our shelves. We have been sourcing Fairtrade products for the last number of years and already offer Fairtrade organic bananas, Fairtrade chocolate, Fairtrade coffee and Fairtrade roses at the very best prices possible.”

The McGrath’s Fairtrade Reserve tea comes from a small farmers’ association in Kenya, the Kenyan Tea Development Association (KTDA), which has over half a million small-scale farmer members.

Kenya produces the majority of the African teas, and the small-scale farmer focused KTDA group accounts for about 60 per cent of this volume.

Small-scale tea farmers and their families own their own land, cultivate and pluck their own tea and then deliver it to collection centers before the tea is eventually brought to be processed in a tea factory.

The Gacharage Tea Factory in Munugna, Kenya, is part-owned by 5,000 tea farmer KTDA members and is set in the Terine hills that stand at an altitude of 1700 to 2200 meters above sea level, which is ideal for growing quality teas.

In 2015, Gacharage Fairtrade sales amounted to just three percent of their total production.

The rest was sold as conventional tea and thus without the Fairtrade premium that every kilo of sold Fairtrade certified tea otherwise generates.

Despite the low sales, the Fairtrade premium generated for the Gacharage group still amounted to almost US$150, 000. The members used some of this to buy a stake in the local tea factory.