The Irish Vegan – a website for vegans living in Ireland

The Irish Vegan – a website for vegans living in Ireland 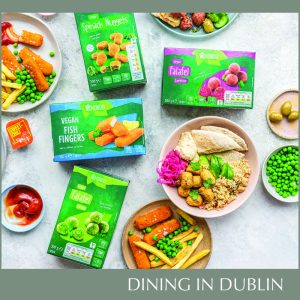 Bronwyn Slater went vegan in 2010,  having been vegetarian prior to that.  She’s been actively involved in the vegan community in Ireland since then and set up her website The Irish Vegan in 2012 – primarily as a platform for the Vegan Dining Out database

The database, which is in the form of spreadsheets, began to grow very quickly, and today there are many thousands of entries, with cafes, restaurants and hotels offering vegan options all over Ireland – north and south.

The information comes primarily from the vegan groups around Ireland on Facebook – there is at least one for every county.  The Vegan Dining Out (Ireland) facebook group is also a good group to follow and she frequently posts there.

There are a huge number of vegan options in Dublin.  At the moment there are more than 20 completely vegan cafes in Dublin (if you include the suburbs and county areas).  In addition there are many restaurants and cafes which have vegan options or a full separate vegan menu.

It is really amazing how many vegan options we have now when dining out.  Veganism is on the rise everywhere in Europe, and Ireland is no exception.  There are also many flexitarians who choose the vegan option whenever possible, as well as many people with a dairy allergy who are looking for these kinds of options.  Vegan food is also suitable for vegetarians.