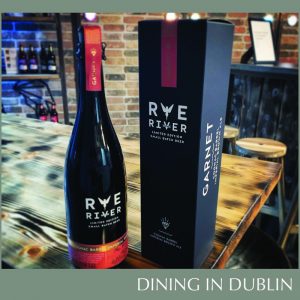 Commenting on their newest launch, Head Brewer, Bill Laukitis said: “They say good things take time and this is no exception. This is a one of a kind beer created with a great deal of love and care. We initially brewed this back in March and filled it into our cognac barrels, seven months later, a deep Garnet beer emerged from the barrel. This is the perfect beer to warm you up in the colder months ahead. We are very proud of this special beer and think it’s a great addition to our award-winning collection.”

With an abv of 9.5%, Garnet is available in selected independent off licences nationally priced at €14.99 for the 750ml bottle with special limited-edition gift boxed versions available for €19.99. Make sure to pick up a bottle for the beer lover in your life while stocks last as there are only 2080 bottles of this limited, premium small batch release. Garnet is available through Fourcorners craft beer distributors.