Ireland’s Sports Specials: What Ireland Ate During a Weekend of Finals

Ireland’s Sports Specials: What Ireland Ate During a Weekend of Finals 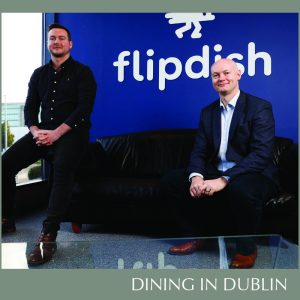 Close to 10,000 orders were placed during the final between England and Italy.

Dublin July, 2021- Flipdish, a digital ordering platform, has revealed interesting food trends following the Euro 2020 final in Wembley on Sunday night. During the match Flipdish recorded a 19% increase in the value of orders compared to the first Sunday of the tournament. Winners of the night include Flipdish’s Italian customers such as Romayos and Macaris.

Flipdish recorded 9,152 orders in Ireland on Sunday between 6pm and 11:30pm. It was found that Coca-Cola was the most popular drink among Irish consumers. Battered sausages were the most popular single food item ordered making up 8% of total orders. Italian was a popular choice of cuisine on the night as pizza made up 22% of the total orders in Ireland. Pizza can be declared the Most Valuable Player (MVP) as it made up 18% of orders across the tournament.

Wimbledon also served up some interesting stats, as there was a 20% increase in orders on Saturday during the men’s final, which saw Novak Djokovic claim his 20th Grand Slam title.

Speaking on the data, Conor McCarthy, Flipdish CEO and Co-Founder stated; “While customers were viewing the dramatic end to the Euro 2020 finals, Flipdish were ensuring that ‘it was coming home’ by assisting our partners with the ‘forza’ to complete almost 10,000 orders in Ireland during the match.

Sporting events such as the final on Sunday and with the Olympics and Lions Test matches on the horizon, it is great to see that restaurants and takeaways can still benefit from such events despite indoor dining remaining closed. Flipdish will continue to help restaurants, bars, cafes, and hotels get online with their own branded website and mobile app within hours. With uncertainty around who can dine indoors, it is important to provide an option for restaurants and takeaways to get online faster where they can secure more revenue and continue to thrive.

Additionally, we were also pleased to see that a number of pubs in both the UK and Ireland were using our QR code table ordering platform during the tournament as outdoor dining resumed in both countries. Table ordering systems such as ours ensured efficiency in the sector as customers flocked back to their favourite pubs and enjoyed some excellent football games.”

Flipdish Co-Founders and brothers Conor & James McCarthy are finalists in the Emerging Category of the 2021 EY Entrepreneur Of The Year awards. The results will be announced later this year.

Flipdish puts restaurants, cafés, and takeaways of all sizes in control of their business growth with a digital ordering and marketing system that builds brands, grows profits and turns customers into regulars.

With a branded website, app or self-service kiosk, powered by Flipdish’s world-class technology, restaurant owners can directly accept digital orders without having to list on aggregator platforms, at a lower cost and with more control over the customer experience.

Headquartered in Dublin, Flipdish helps thousands of hospitality brands in 15 countries, including brand leaders in Ireland such as Romayos, Base Pizza, Bombay Pantry, The White Moose Cafe and Mao working in partnership with them to strengthen their businesses.

A disruptor in the digital food-ordering industry, Flipdish has recently launched a Support Local, Order Direct campaign which brings awareness to consumers on how to order directly from restaurants and takeaways, ensuring a majority of profits go directly to the establishment, and that the money gets funneled back into the economy.

In addition to taking up to 30% per order from the local food business, online marketplaces such as Deliveroo, Just Eat, and Uber Eats are all headquartered internationally, and when ordering through these platforms, people are essentially sending money abroad at a time when the economy needs local support. By ordering directly from a restaurant or takeaway website/app, the consumer also ensures they are supporting local businesses too.